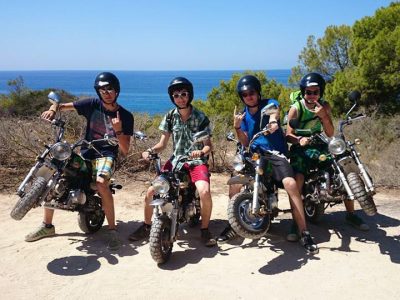 Monkey bikes are cult vehicles from the 1970s.

The Monkeys are especially known for the gentlemen around the 40s – at that time the Honda Monkey and the Honda Dax.

Nowadays, the Monkey is hardly known among young people because Honda no longer builds the vehicles – however, some people know it from a Bud Spencer film where he drives a Monkey.

When you see a monkey, you first think of a small Harley and in fact most Harley riders started on a monkey.

If you don’t know the monkey, you would like to underestimate it. The small motorcycle is super cozy and approved to 150 kg and a size of 2.10m and even there you can still sit comfortably!

We have fully automatic monkeys. The Monkey has so much power that a motorcyclist can easily do wheelies and burnouts. The top speed is 60km / h. You can drive the Monkeys from the age of 18 with a car driver’s license.

After a short introduction, we drive along the coast on secret paths to a bay, where we make a stopover in summer for cliff jumping and snorkeling (equipment is provided). Then we continue through the residential area to Sa Torre. 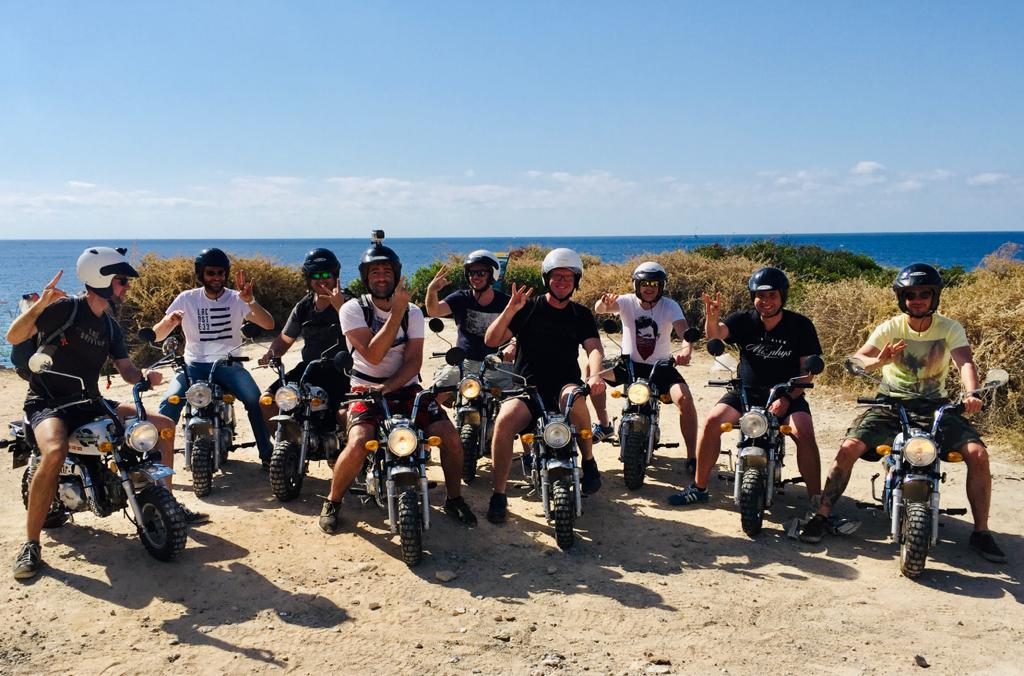 From Sa Torre we drive along an idyllic path past the Hilton Hotel to Llucmayor. Seen enough from the landscape, we now drive towards Palma through the villages to Portixol. There we make another stop at the port, maybe have a drink and then drive as close as possible along the boulevard back to Arenal.

The Monkey Tour is anything but a boring sightseeing tour. The little bikes are endless fun, because they really “shred” due to their low weight – many are constantly making wheelies, burnouts, donuts, etc., because they are really “handy”. With the Monkeys you have the feeling of cruising the island like a real “rocker” – both young and old 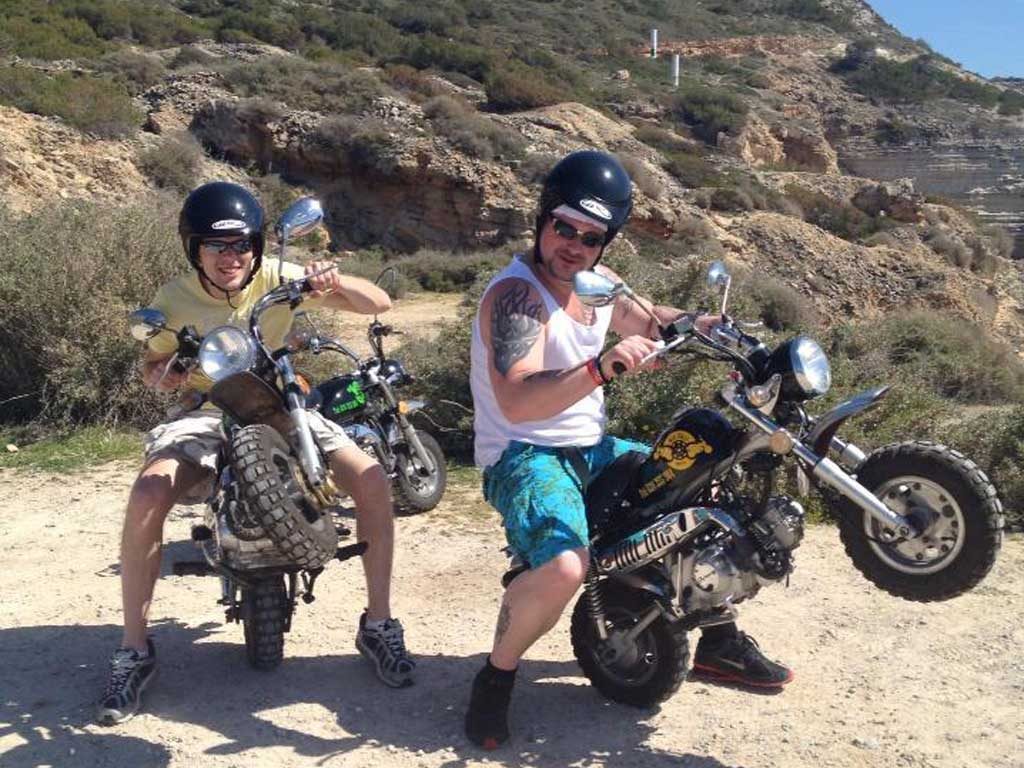 The Monkey Tours are popular with people who want to do something “extraordinary” – something that you don’t get around every corner, that is fun and where you can remember the holiday with pleasure, especially if you were driving in groups of friends is. 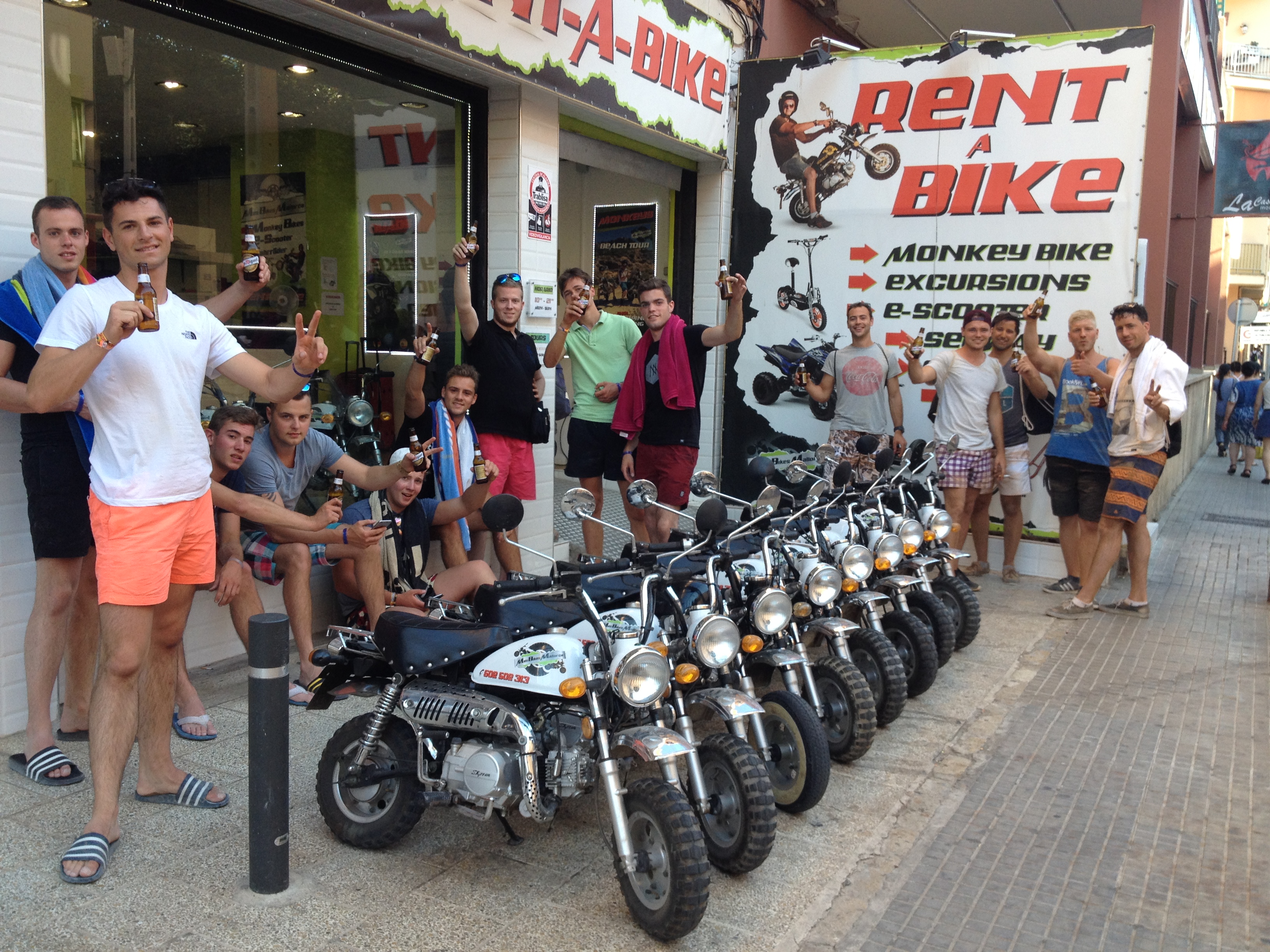 – Sunglasses to prevent insects from flying into your eyes and sunscreen.